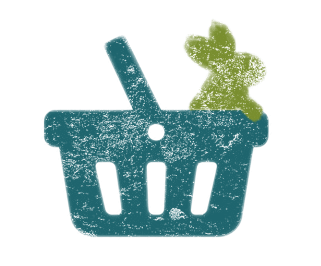 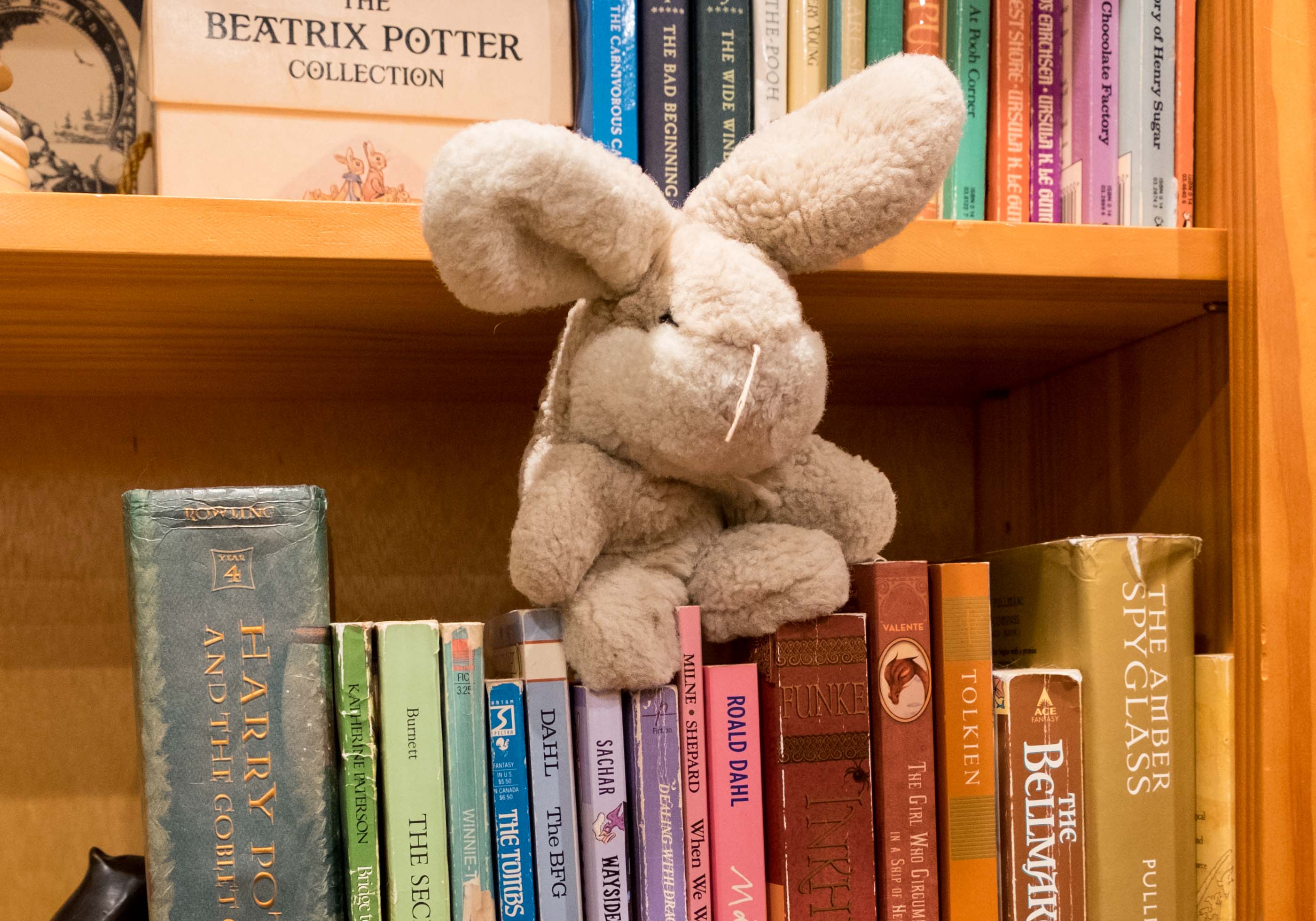 Musings of our plushie crew and their human assistants

Kids are supposed to play with stuffed animals, but the general expectation is that it's a thing one grows out of, so there aren't a lot of adult humans who are "out" about their plushie friendships. It's easy to feel like there might be something wrong with you if you (a grownup) still sleep with, talk to, travel with, or take comfort from your stuffed animals. Fear not! You are not alone, there's nothing wrong with you, and in fact, you may be more well-adjusted than the skeptics in your life. (Apologies to said skeptics!) To support that view, here are some resources written or created by intelligent humans who are not associated with Nutmeg and Binky:

More to come as we discover them... (Or send us your recommendations!)

These are stories submitted by our human readers celebrating their stuffed companions. Here's a small sample, and you can check out our Bulletin Board to read more! 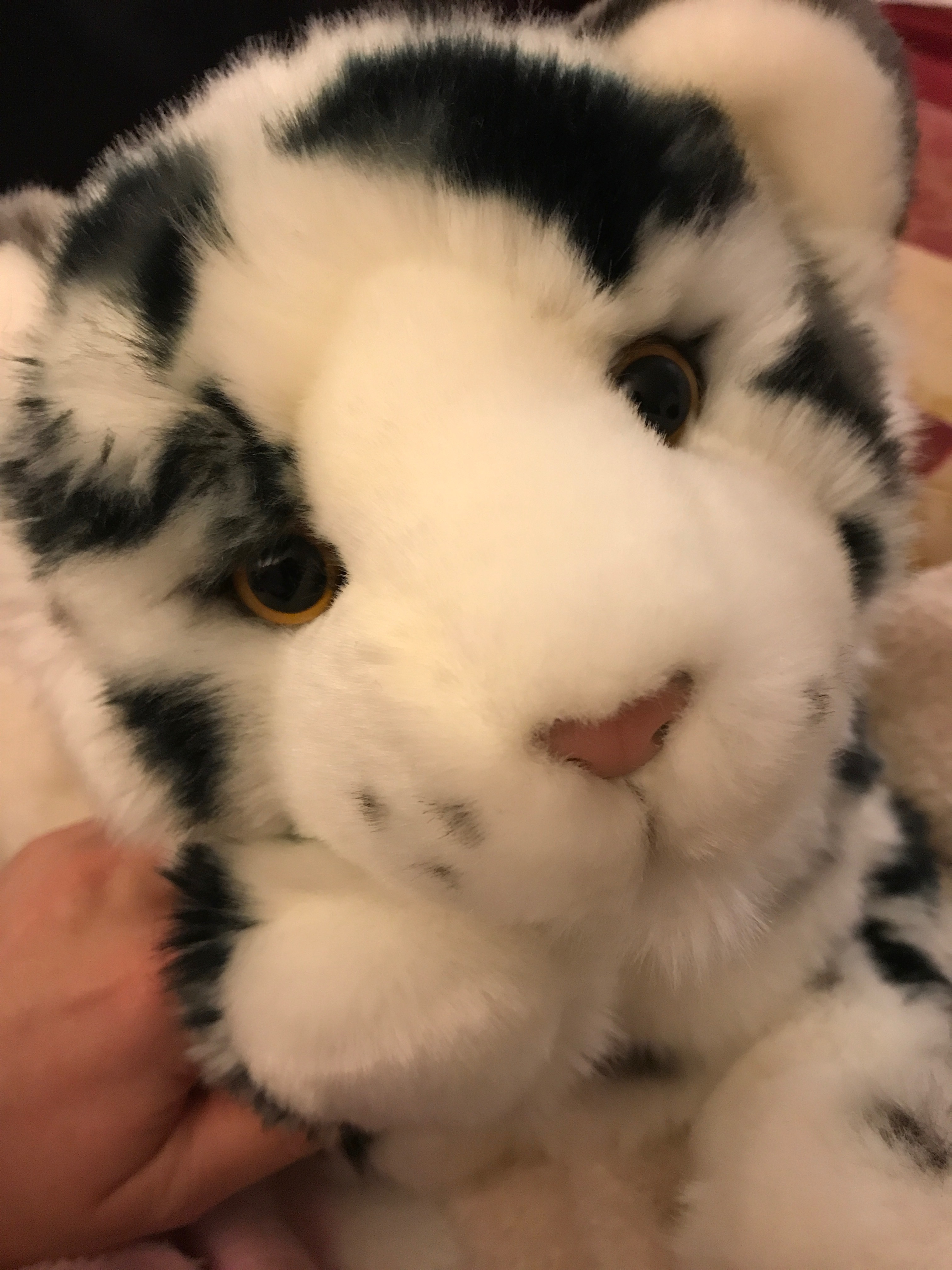 I met Nefeli at the Woodland Park Zoo gift shop, and from the silky coat to the soulful eyes it was love at first sight. She's a little over a year old now and still very much a kitten. Nefeli loves pouncing and jumping and hiding in blankets. She likes to keep me company on the couch and "help" me with whatever I'm working on (this "help" mostly consists of looking cute and being soft to pet!). She is a champion snuggle buddy. When I'm not home, Nefeli "guards" against intruders (from the safety of a pile of blankets!) or naps in a sunbeam. She's a little shy and very particular about her white coat, but she loves to visit friends for indoor yarn chasing and hide-and-go-seek. Maybe one day I'll convince her to sit still for a tea party. 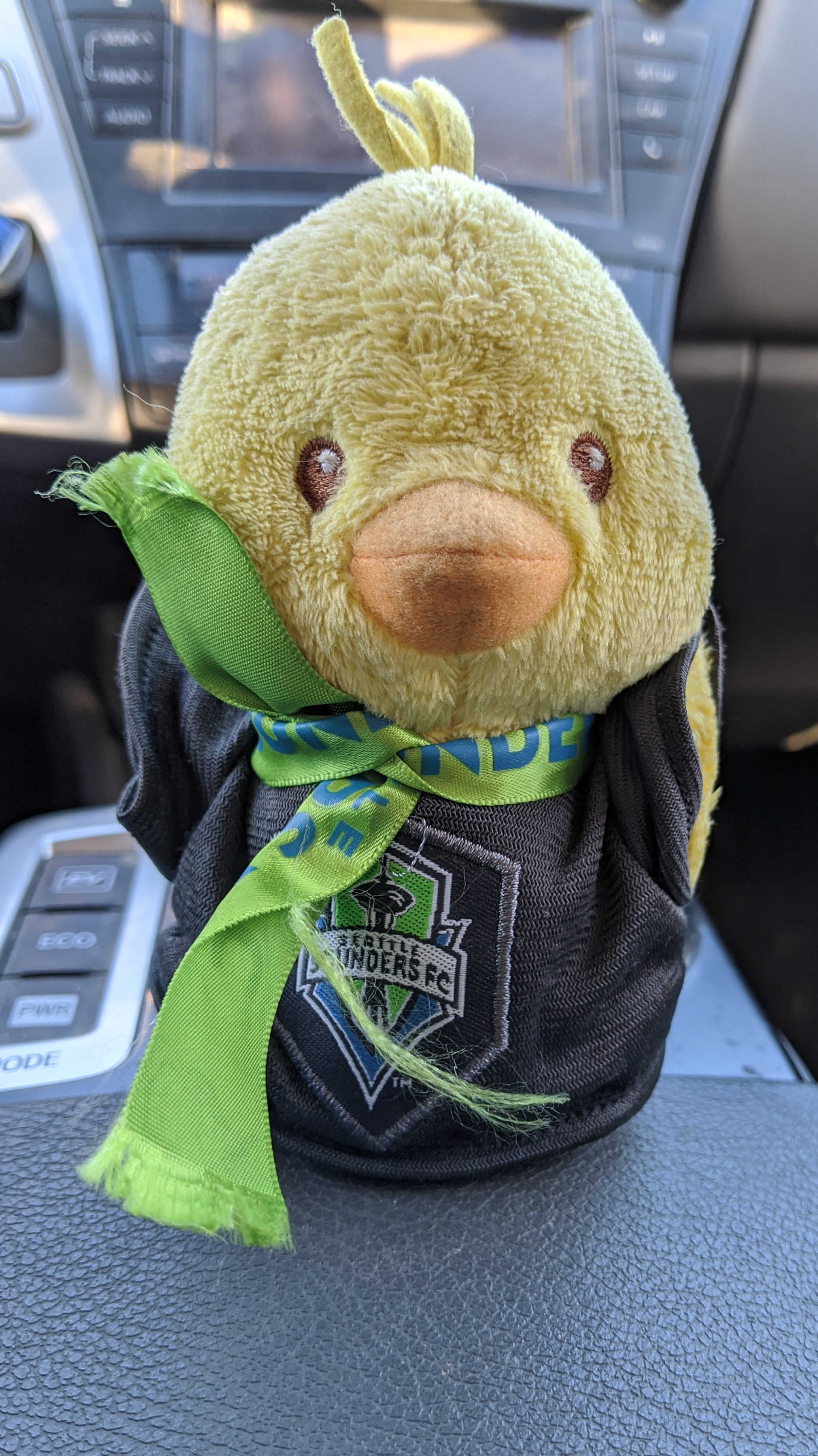 This is Marco. He's a chick. He lives in the cupholder of our family car where he shares everyone's drinks! He loves them all, except for alcohol - he's just a baby chick after all. As you can see, he is a pretty big soccer fan. He loves the Seattle Sounders. He goes to every home game, but prefers to watch the game from his cup holder. It's cozy. The last thing Marco would like you to know about him is that he loves road trips. There's a lot of world out there, and he's going to see it all!

Snowpuff dreamed for many years of following in his grandfather's Olympic Carrot-Jumping footsteps, and in 2018, he finally got his chance to compete. After a disastrous trial run and some unfortunate nervous chewing on his skis, he rallied and performed a nearly-flawless 360-degree aerial rotation. His landing was less than flawless, but luckily he is quite bouncy, and only one carrot was broken. Grandpa was bursting with pride. 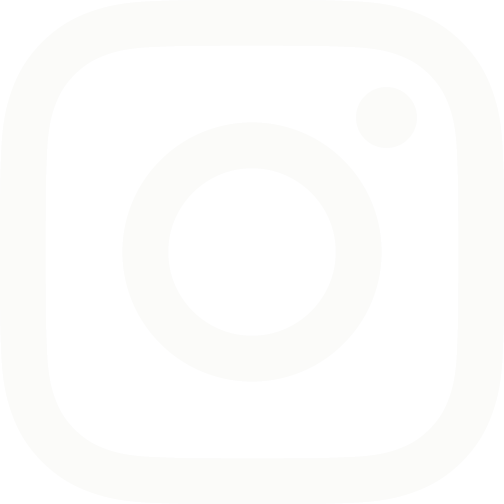 ‍
We do not yet have regular business hours, but will make every effort to respond to phone calls and emails as quickly as possible. Thanks for your patience!